Home Social Media Marketing Social Media: How Did Get Started, what was its Future and its Power?

Social media marketing has come a long way in a short time. It seems like only yesterday that businesses were just starting to experiment with social media, trying to figure out how to best use platforms like Facebook and Twitter to reach customers. In the years since, social media has become an essential part of any marketing mix, and businesses have learned all sorts of ways to leverage it for their advantage. These days, successful social media campaigns are more creative and sophisticated than ever before. So what’s new in social media marketing? Let’s take a look!

The History of Social Media, from its Humble Beginnings in the Late 1990s to its Current Form

What is now considered the first major social media site to emerge was Myspace, which began its life as a social networking site exclusively for music lovers. Over time, it has expanded and added other categories (and users), but the name stuck and remains in use today.
Myspace wasn’t the only pioneer in this arena, however. Friendster, which began life as a dating site, had some of the same ideas about how to bring people together online.
Of course, no one can forget about Facebook. Launched in 2004 on college campuses only, the platform has gradually opened up more and more opportunities for users across the world while still being popular on college campuses.
Other well-known sites include LinkedIn, a professional networking site designed to help people in the business world make connections and find jobs; Twitter, a microblogging platform where users can post short messages for others to read; Pinterest, which enables users to “pin” items from around the web that interest them; Google+, a social network launched by Google in 2011; Instagram, a photo sharing app for mobile devices; and YouTube, the world’s most popular video-sharing site.

How Social Media has Changed the Way We Communicate with Each Other?

Social media sites provide users with opportunities to connect like never before. For example, Twitter is an online community where users can create posts limited to 140 characters, called tweets. They can follow others’ tweets by subscribing to their feed, and they can directly message one another privately in addition to engaging in group conversations publicly.
LinkedIn is designed to build professional relationships with people you may not know personally now but hope to connect with for career advancement down the line. This online community is organized by professional category and lets users search for new hires, find jobs, and ask questions of industry experts.
Facebook has become a community where people can not only connect with family and friends but also express their political opinions, share stories that were important to them (or that they just thought were downright fun), and rally support behind a particular cause.
Google+ was designed as the social networking platform for those who love to stay connected and share across several different mediums. Its Circles feature makes it easy to organize friends, family, co-workers, and other connections into different groups so you can share what you want with whom you want. Google+ also allows users to post photos and videos.
Pinterest is a site that enables users to create their own virtual bulletin boards, with each board having its own theme. Users “pin” images, links, videos, and other items on the various boards they create based on what interests them. For example, if someone loves gardening, she might have a board dedicated to beautiful flower photos, another board for different types of soil she’s considering using in her garden, one dedicated to healthy snacks she makes for her kids, and so on.
Instagram is an app that enables users to take a photo on their mobile device and stylize it using one-click filters that mimic real-life photography tools. For instance, an Instagram user might choose a filter that makes the photo look like it was taken with an old-fashioned camera or one that mimics Polaroid film. Instagram users can then share these photos on other social media sites, such as Facebook and Twitter.
And YouTube is the world’s most popular video sharing site, with people from all over the world posting, watching, and sharing video clips in a community that spans all languages and cultures.

Expert opinions on this topic have been mixed. Some studies have shown that people who use social networking sites frequently experience feelings of loneliness and isolation because they are spending less time with friends in the real world. Other research has shown that people who use social networking sites actually have more fulfilling relationships and are able to maintain existing friendships better than those who don’t use social media at all.
In any event, it would be a mistake to blame mental health problems on social media, according to James Côté, PhD, a professor of sociology at the University of Western Ontario. Dr. Côté’s research has shown that mental health problems are often attributed to social media when the real problem may be something else entirely. “A lot of people have this perception that if someone is using Facebook or tweeting all the time, they must be depressed,” he says. “But what we’ve found is that it’s not the technology itself people are using—it’s how they’re using it.”

The Future of Social Media

While there are no guarantees, it seems likely that social media sites will continue to evolve in both membership and function for years to come. Some of the changes will be evolutionary, while others could bring major shifts to the way social media is used.
Twitter might become more of a news gathering site, for example. It has already begun to evolve into that direction, with Twitter streams increasingly carrying breaking news items rather than just updates from friends.
Other sites are changing in look and function as well. LinkedIn may become less of a site people use just to find jobs and more of a networking site for professionals, while Facebook may begin to take on the role currently filled by Twitter as a complementary news site.
Social media can be used both to unite and divide us, so it’s important for users to carefully consider how they use it. “I think it’s great that we have this technology and can keep in touch with people all over the world,” says Dr. Côté. “But we also need to be aware of how we’re using it.”

The Power of Social Media

When I first started using Twitter as a marketing tool, I thought that was it. The world of social media is just one big global village, and you can sell anything over there.
The truth, however, is that while the world is flat (people are everywhere), the power of social media is quite different from its reputation. This picture shows it in a very simple way:
Social media marketing has a lot of power to get your message across to your audience (that is if you have one).
But many people forget that the power comes not so much from what you do but who you do it with. There are many people who can be very powerful in their own right, but when they throw them together into one team, they can become much more effective than individuals. That’s how great teams work — they bring out the best in each other and create something that’s truly new. As such, a word of caution: don’t make your team big enough to lose touch with what they’re doing within the company. If you’re doing too much on social media and not enough on product or sales or whatever else it may be that you’re working on at home, then this will quickly become unproductive and detrimental to your business in general.

The future of social media is bright, but it’s important that we use it responsibly in order to protect our mental health.
According to the article “How Did Social Media Get Started, and Where Could It Go From Here?”, virtual bulletin board systems are responsible for bringing us major social media sites we know and love today. This article describes these sites in detail, and their evolution over the past 20 years.
Social media has not only changed the way people communicate with each other, but also continues to impact our political and social landscape. Research demonstrates that there is great potential for social media to be used for political change, raising awareness, and improving our mental health. However, it is important to be aware of how we use social media so that we protect our mental health while using this technology responsibly.
Social media will continue to evolve as a tool for communication and community building. Sites such as Twitter may become more news-centered, Facebook may begin to take on this role as well, and LinkedIn may become a more useful tool for professionals.

In conclusion, social media is here to stay for now, with positive effects on our mental health as well as both positive and negative impacts on our political and social world. It is important that we use it responsibly so that we do not lose sight of the real problems in our communities.
With technology advancing everyday, it’s hard to predict the future of social media. However, one thing is for certain: social media will continue to impact our world both positively and negatively. While this technology has helped people connect with friends all over the globe, it has also led to more isolation and depression. It is important to recognize that while social media can be a positive tool for communication, we must also be aware of how we use it and protect our mental health while using this technology responsibly.

What is Digital Marketing and their Techniques?

E-Commerce Marketing or Digital Marketing: Which one is the Best?

Marketing Analytics: What it Means and How to Benefit From It?

What Is Mobile Marketing Strategy and Why It Is Important?

How to Grow your Business using Social Media Marketing?

B2B Marketing Strategy: How To Success In Lead Generation Strategy?

Digital Marketing Strategy or SEO, Which one is the Best?

Subscribe to my newsletter to stay updated with new posts and product reviews. 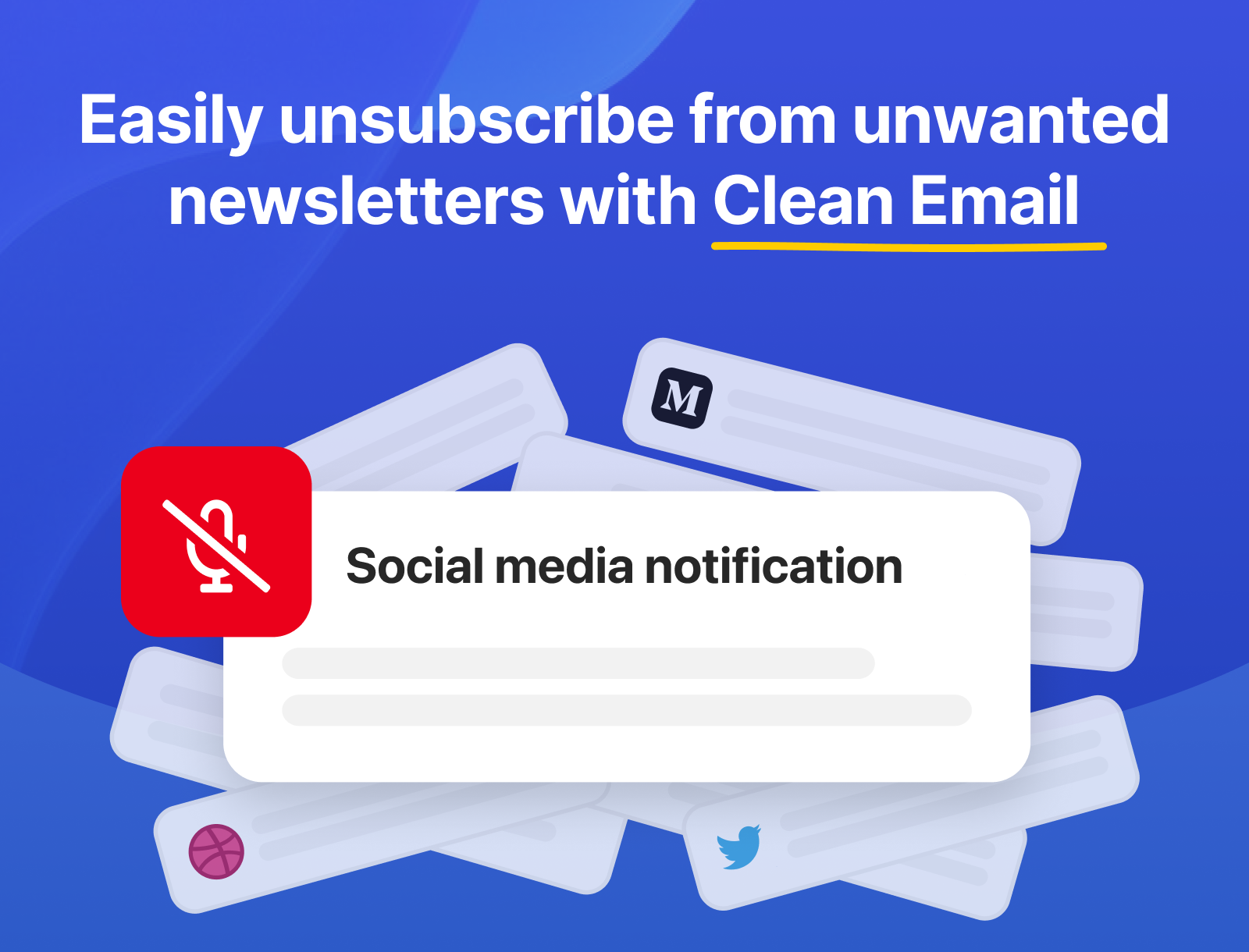 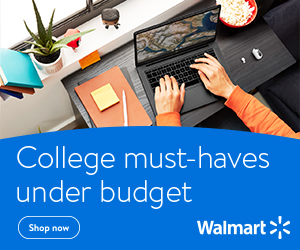